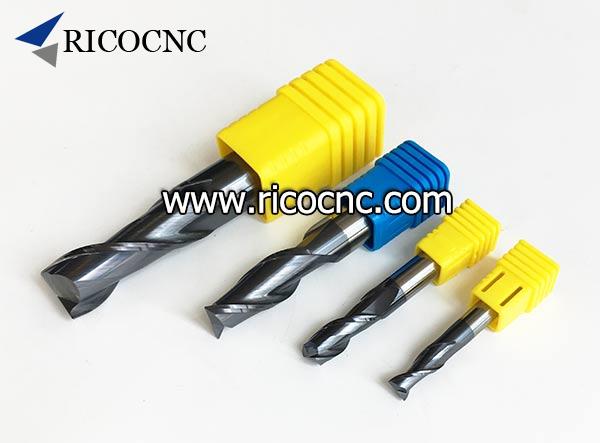 High-speed cutting is the most efficient method for wood processing, and it is widely used in the industry of furniture making. High-speed cutting is actually to reduce the processing time and improve the surface quality by increasing the cutting speed. In addition to the appropriate machinery and equipment, high-speed cutting also needs special tools. At present, there are three main categories of cutting tools for high-speed cutting: solid carbide spiral end mill bits, clip-type milling cutter and polycrystalline diamond (PCD) router bits.

This article mainly focuses on woodworking by solid carbide spiral router bits, and briefly introduces the selection of milling cutters. 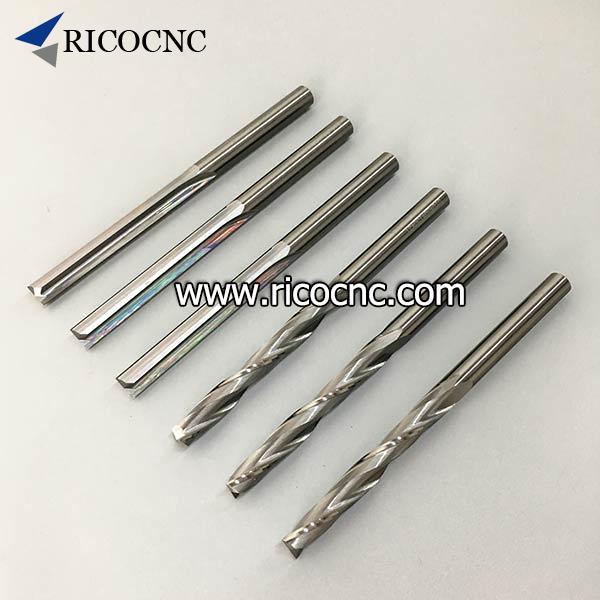 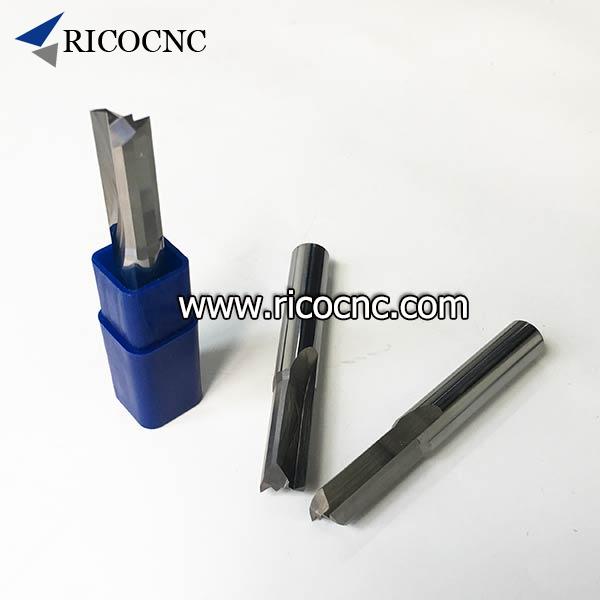 The cutting quality of the spiral milling bits is better than straight bits. The design of the spiral blade makes the position of force on the cutting edge change with the rotation of the tool, thereby reducing the resistance caused by the contact with the workpiece. So spiral router bits are suitable for harder material and higher feed rate compare to straight router bits. In addition, spiral milling cutters have a longer use life than straight milling cutters. 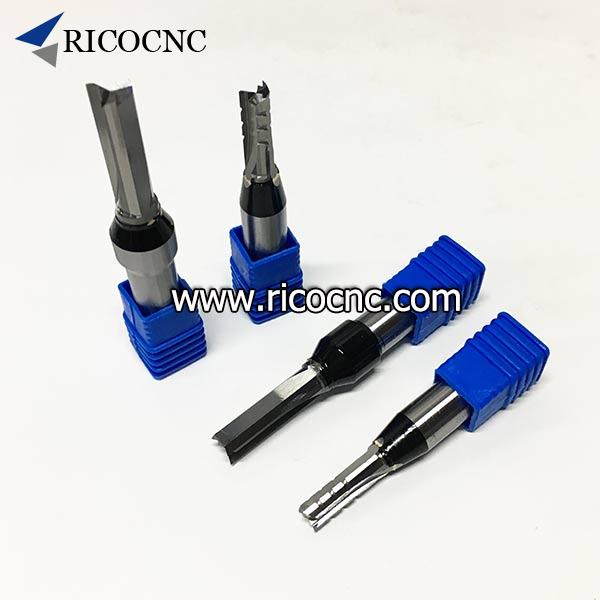 But for laminated wood boards cutting, nowadays the 3 flutes TCT straight bits (common use model and chipbreaker model) have perfect performance, and are widely used.

Characteristics of up-cut and down-cut spiral router bits
Up-cut router bits refer to router bits with right spiral blade and groove. This type of tools will cause the wood chips to be removed upward along the spiral groove during the cutting process, which is especially useful when chips are difficult to remove. However, up-cut router bits will pull the workpiece up during some processing situation. In this case, the fixture of the workpiece should be changed, the clamping force should be increased, or the cutting process should be completed in stages. 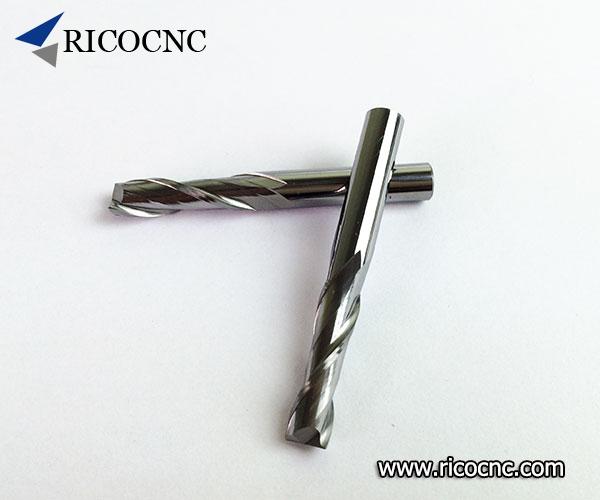 Up-cut bits can directly perform vertical downward cutting or drilling. But directly vertical cutting is not generally recommended. The diagonal feeding method is usually used because the cutting depth and force are gradually increased, so the impact on the tool and the spindle is smaller than the vertical feed, which can significantly reduce the damage of cutters. 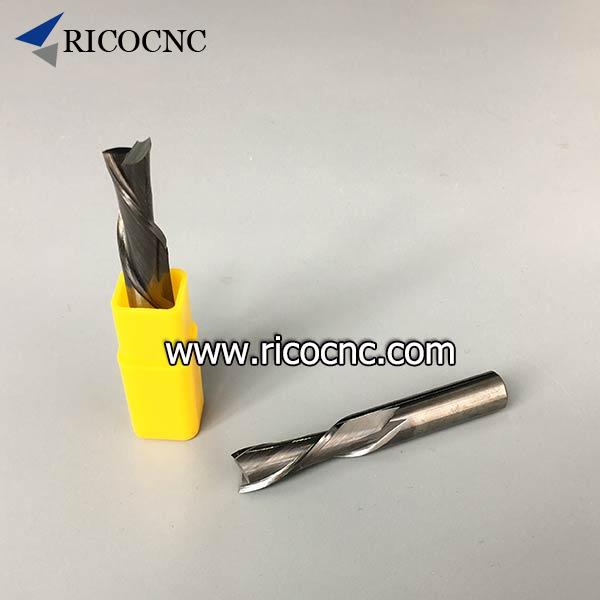 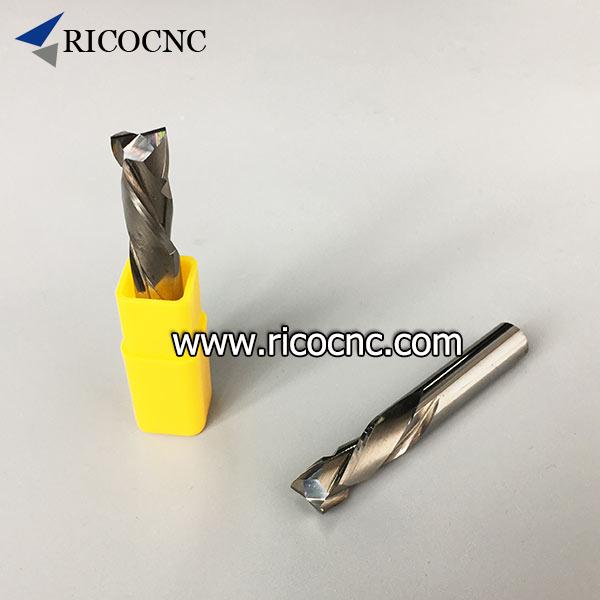 The compression spiral bits are to combine the up-cut and down-cut function. They can avoid the roughness on the top side and fix the workpiece at the same time. 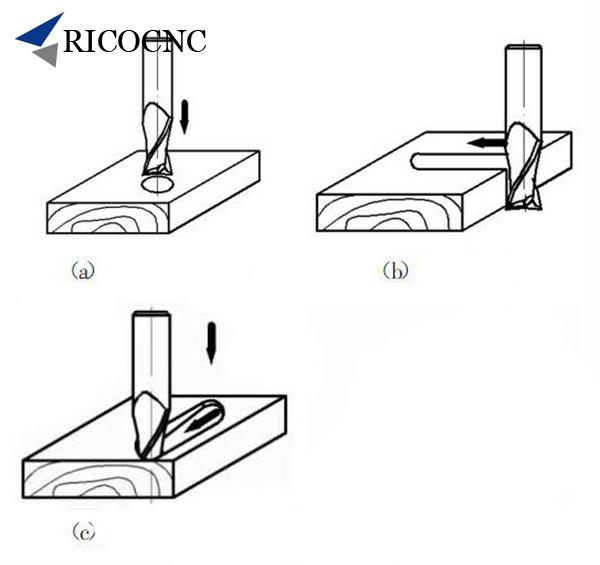 Cutting directly and vertically into the workpiece is easy to damage the blade, which is not recommended, see Picture 1 (a)

Cutting from the edge is a two-stage cutting method. The router bit does not touch the workpiece when is down cutting, and then moves horizontally. It can avoid directly vertical cutting. See Picture 1 (b)
Router bits cut vertically and horizontally into the workpiece at the same time, until reach the ideal depth. The milling force is gradually increased, so the impact on the tool and the spindle is smaller than directly vertical cutting, which can significantly reduce the damage on blade, see Picture 1 (c)

RicoCNC is a one-stop shop for excellent CNC & woodworking tools, if any needs, welcome to contact us. 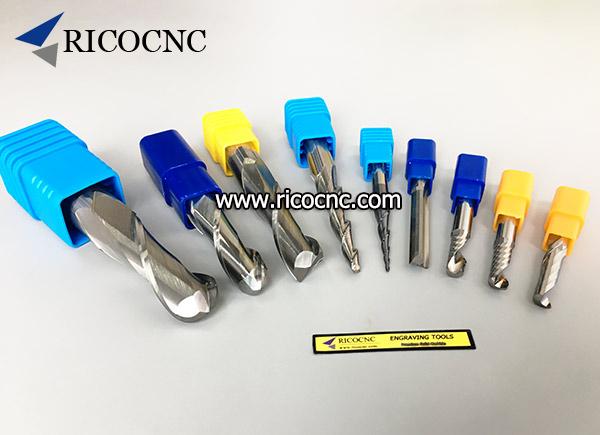 PREVIOUS:6 commonest factors that affect the quality of edge banding NEXT:6 Spare and Replacement Parts for Your Damaged CNC Suction Cups